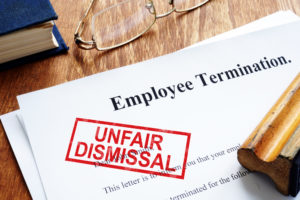 After having their employment terminated, a common question among employees is whether or not they can collect unpaid sales commissions, as these earnings tend to be paid separately from regular wages. As a result, some employees may not receive unpaid commissions along with their final wages on their final day of work.

Unpaid Commissions After Termination in Florida

Florida law states that an employee or contractor must be paid commissions even after their work relationship with a company has ended unless the employer has instituted a mutual understanding that commissions aren’t due after termination. Employers may establish this understanding by:

Can I Collect Unpaid Commissions Upon Termination?

Typically, workers can collect unpaid commissions if their contract doesn’t include anything about employees’ rights to commissions post-termination, and the sale was made prior to termination (even if the products are supplied after the termination).

If you believe that you have an unpaid commissions case, schedule a free case review with Weldon & Rothman, PL today!

No Cost – No Obligation

You will meet directly with the lawyer handling your case;

Our lawyers are experienced counselors at law and, when necessary, will litigate your case to protect your legal rights;

We care about our clients, we keep them well informed, and we are available to discuss your case; and

Your lawyer will fight for the justice you and your family deserve.


Brad Rothman represented me in an employment matter. He was professional and fair in his assessment of my issue. He did a fabulous job and he quickly negotiated a fair settlement in my favor.


Weldon & Rothman really helped us with our insurance company. They went out of their way to fight for us.